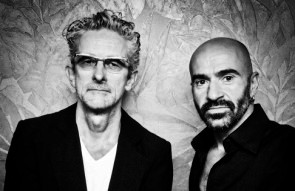 Emio Greco studied dance in the Rosella Hightower International Centre for Dance in Cannes and has danced with the Ballet Antibes Cote d'Azur, under the direction of Patrick Tridon. From 1993 to 1996 he performed in the creations of the director and visual artist Jan Fabre and between 1996 to 1998 he collaborated with the Japanese choreographer Saburo Teshigawara on numerous productions.
Pieter C. Scholten studied theatre and initially directed theatrical works about historical characters such as Oscar Wilde, Yukio Mishima and Pier Pasolini. He has collaborated with many choreographers as a dramaturge for dance. In 1995 he created some Dance Instants, brief "work-in-progress" projects for choreographers and dancers. For both artists, the search for a new dramaturgy of the body is a very important factor.
articles
Fragments / Farewell to end
July 12, 2016