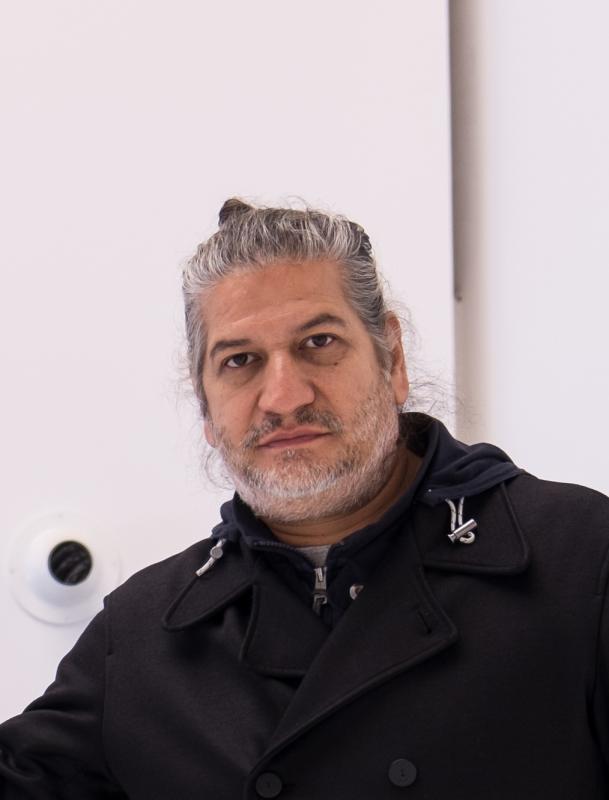 Carlos Garaicoa was born in 1967 in Havana, Cuba, where he lives and works. The artist studied thermodynamics before his mandatory military service, during which he worked as a draughtsman. Garaicoa then attended the Instituto Superior de Arte in Havana from 1989 to 1994. Since the early 1990s, Garaicoa has employed photography, performance, drawing, sculpture, installation, text, and video to comment on architecture's reflection of and effect on the political, economic, and cultural reality of cities. Solo exhibitions of Garaicoa's work have been mounted at Centro de Arte Contemporáneo Wifredo Lam in Havana (1994, 1998, and 2003), Art in General in New York (1996), Bronx Museum of the Arts (2000), Museo de Artes Visuales Alejandro Otero (2001), Maison Européene de la Photographie in Paris (2002), Massachusetts Museum of Contemporary Art in North Adams (2005), Museum of Contemporary Art in Los Angeles (2005), and Institute of Contemporary Art in Philadelphia (2007). His work has also been included in major exhibitions like the Havana Bienal (1991,1994, 1997, 2000, and 2009), Johannesburg Biennale (1995), São Paulo Bienal (1998 and 2004), Documenta 11 (2002), Venice Biennale (2005 and 2009), and Shapes of Space at the Solomon R. Guggenheim Museum (2007).

"I no longer want to accept the idea of the future simply as something we inherited from the sixties or as a utopia. I don’t believe in that because I think it is important that the future for everyone is now, we have control and that we can construct this future." Interview with Carlos Garaicoa.