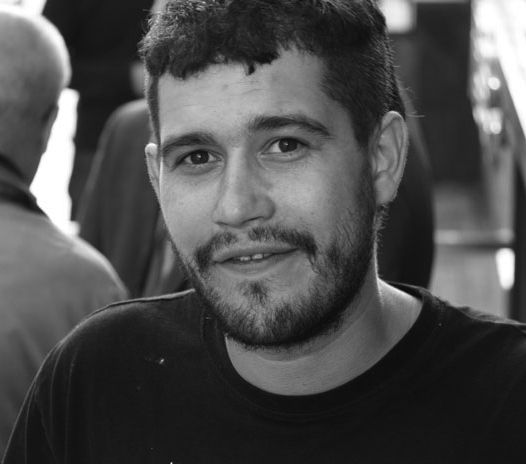 Andrey Kuzkin (1979) is a Moscow-based installation and performance artist. After training and practising as a graphic designer from 1992-2006, Kuzkin now works full-time as an artist. In 2006 he became a member of the Moscow Union of Artists and has since participated in numerous group and solo exhibitions. Though not limited to, these include: Andrei Kuzkin. First Personal Exhibition. Everything I Wanted To Say, But Found Myself Unable To (Art-Strelka Gallery, Moscow, 2009); Levitation Heroes (Stella Art Foundation, Moscow, 2010); All Ahead! (Open Gallery, Moscow, 2011); Cultural Exchange (South African Museum, Cape Town, 2012); The Right to Life  (Moscow State Museum of Modern Art, Moscow,2016); The End of the World (Centro per l’Arte Contemporanea Luigi Pecci, Prato, 2016).

What does it mean to be an artist in Russia today?  We asked Andrey Kuzkin, one of the artists featured in the exhibition The end of the world.